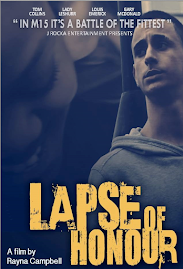 College students Tom and Eve, two teenagers from the Moss Side, Manchester, are studying hard to get into university in an attempt to escape their abusive parents. When Eve discovers she's pregnant it changes the course of the couple's lives. Eve’s aspirations to be a rap artist are thrown into doubt whilst Tom, obsessed with being able to provide a luxury life for Eve and their child, makes some questionable choices that put him at odds with local Yardie Razor, and local gang The Moss Crew.

If you’re a fan of ‘Fame’ - be it the 1980 film directed by Alan Parker, or the stage musical, then ‘Lapse of Honour’ is right up your street. Both have their roots in stories of young people with artistic aspirations set against the backdrop of an impoverished urban area that ultimately and adversely impacts their lives. For Rayna Campbell’s debut as writer and director (she also produced it through her own company J Rocka Entertainment) that urban fairy tale of sorts is told  in the truest tradition of British Social Realism with a modern twist - think Ken Loach meets Noel Clarke. Rayna Campbell’s debut is highly impressive showing a real skill both as writer and director. In bringing the grittiness of M15(nickname for Moss Side) life to the screen Campbell wrote authentic dialogue incorporating the slang from the area. This added realism with the urban setting creates an unsettling feel for some, adding an extra dimension of gritty authenticity to the film. 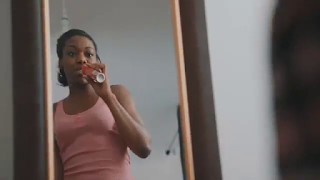 Campbell pulls no punches putting the characters through hell pushing the boundaries of their friendships, and exploring the tense unpleasant family relationships. Only Eve’s lyrical gymnastics rehearsing in her bedroom or competing in the rap battles offer any kind of levity.  Her skills in creating likeable and authentic characters not only lies with Tom and Eve’s young romance, but also Tom’s friendship with Dean ( John Weaver) - the kind of friendship where you can argue and row but cool off and be the best friends. The performances of the young cast is certainly award worthy to say the least, many of them making their debut and shining throughout. They are amiably supported by veterans of British film and television  Louis Emrick and Gary McDonald whose commanding presence alone fills the screen. The scenes with both these actors together are a joy to watch, the privilege of seeing two on screen pros in action. McDonald’s performance as local Yardie Razor in particular stands out, blending likeable charm with a sinister deadly quality. This use of smiles and soft words that chills - emphasized by Emrick’s performance as Tom’s father Bruce trying to hide his fear with nervous smiles and jokes - contrasts with his younger rivals Moss Crew’s more direct approach to intimidation. 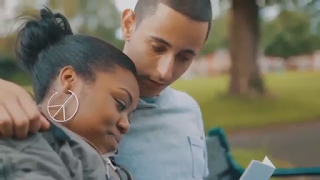 Much of the drama focuses on Tom and Eve’s plight to leave Moss Side and it is where the film’s heart truly lies. Their story is the most touching and heart wrenching aspect of the film aided by the endearing chemistry of both leads. Campbell introduces sub plots of young Marios (Shaqueel Walton) being seduced, almost bullied into running for the local Moss Crew street gang, and Tom’s Dad Bruce (Louis Emerick) struggling to pay off local Yardie Razor (Gary McDonald). These three lives ultimately intertwine and illustrate, with shocking tragedy, the dangers of life in the M15. Campbell’s script and slick no nonsense direction keep us embroiled into the players’ lives drawing us into their daily struggles giving it a powerful gravitas that has us smiling one minute and jaw dropped in shock the next.

‘Lapse of Honour’ is hard hitting British filmmaking at its best, an impressive debut by Rayna Campbell. With a background in filmmaking that is mostly self taught Campbell boldly showcases a very innate talent for compelling storytelling that grips from the start and doesn’t let go. The film’s gritty authentic setting and dialogue with incredible performance all round make this a multidimensional story that takes you on a dramatic emotional rollercoaster ride.

Veterans Louis Emrick and Gary McDonald give incredible performances as do the troupe of supporting actors but the show belongs to Tom Collins and Lady Leshurr. Their natural chemistry and heartfelt performances simply make you smile setting up the tragic events that follow more gut wrenching. Some levity is offered with some engaging lyrical rap performances from Lady Leshurr and an assortment of talented artists and an amazing debut by Lady Killa. If ever there was a showcase for the talent of British black filmmakers it lies with ‘Lapse of Honour’ and with her debut as writer, director, and producer Rayna Campbell sounder her arrival as a veritable talented cinematic storyteller.

Posted by Ramon Youseph at 10:04 No comments: