Whilst battling his own depressive demons psychotherapist David Wright becomes alarmed when two of his patients commit suicide and decides to investigate the cause. Clue after clue lead the increasingly obsessive therapist on the precipice of his mental stability that lead to questions of existence and a glimpse of the thin veil between life and death.
Good science fiction is as much about the journey into and future of the human condition as it is about alien invasions and space travel. "Third Contact" definitely falls into the former taking the viewer on a chilling journey into the dark recesses of the human psyche, a form of warped inner space exploration wrapped in a gripping piece of cinema. 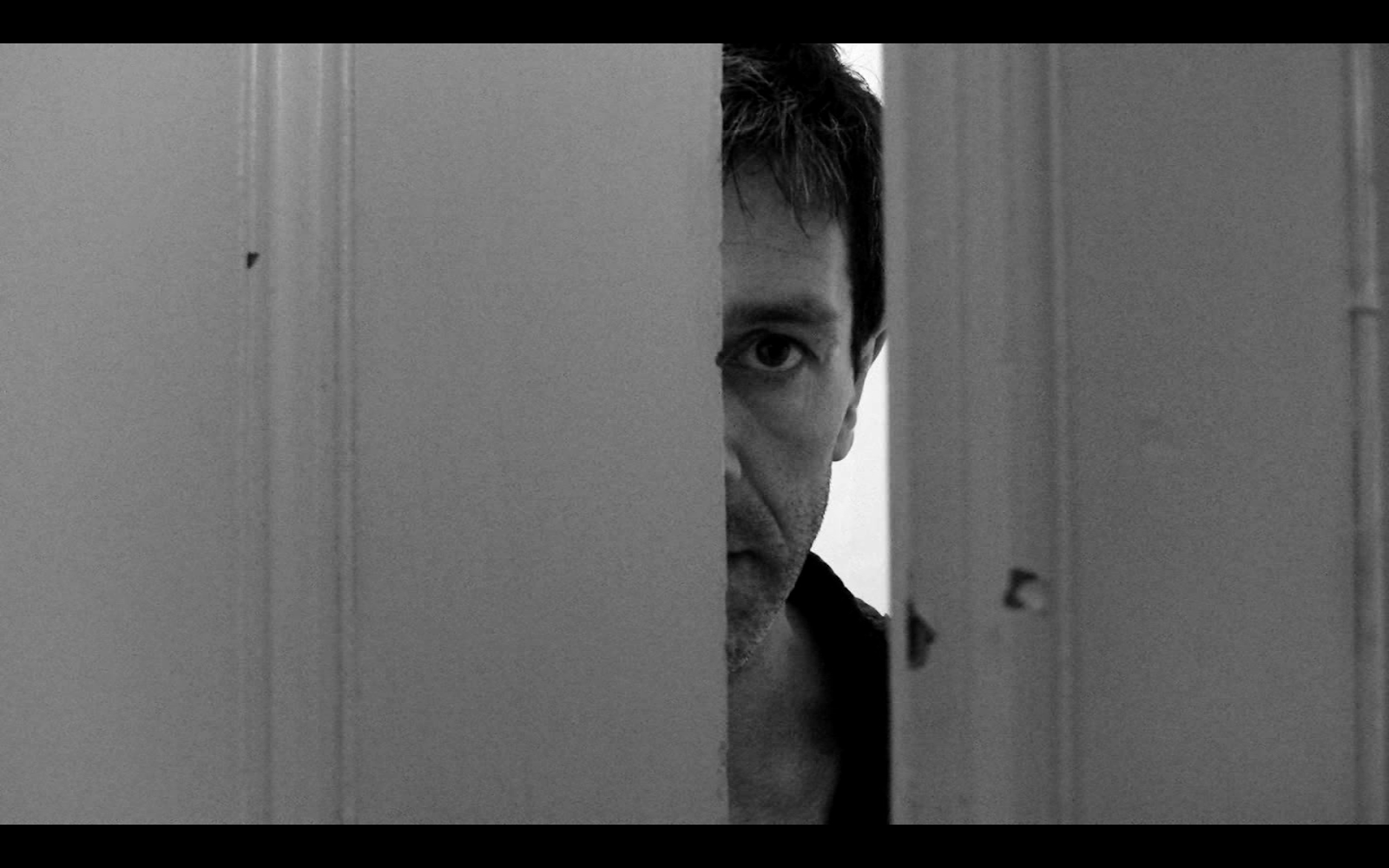 Filmed on a budget of just £4,000 and with volunteers made up of both cast and crew, Horrocks has unleashed a visually engaging emotionally charged science fiction film noir. The black and white grainy footage broken up with the occasional use of colour flashback cutaways, drawing influence from much of the early works of David Lynch, are at the heart of the uncomfortable feel of the film. The visuals and gritty North London locations work well in creating a dark and disturbing atmosphere and reflecting the equally  unsettling journey of the principal character Dr David Wright.

Horrocks' script is packed full of a variety of scientific and philosophical themes challenging the human perception of life & death and space & time. Those with academic expertise or passing interest stemmed from science fiction or episodes of "The Big Bang Theory" will appreciate the interjection of many aspects of quantum mechanics. These play a major role in the story with plenty of detail yet never detracting from the story of David’s journey and investigations. The imagery of the film and themes of the script act as the binding agent for a story that is an allegory for depression. The spiralling decent into a frustrating cycle of angst struggling to make sense of ourselves and the world are as subtle as the proverbial brick. It is this aspect which lies at the film's heart forcing the audience to understand (or even empathise) the effects of depression and the reasons why wanting to leave this life have overwhelming appeal.
As well as an intellectually stimulating visceral script and stunning visuals, the story and ideas are brought to life thanks to the performances of the cast mainly Tim Scott-Walker as the tragic Dr Wright. Scott-Walker encapsulates Wright’s spiralling decent into madness brilliantly with seemingly authentic touches of torturous angst. His performance is so emotionally charged the viewer is left feeling as if they had experienced a disturbing yet satisfying fairground ride. The rest of the cast, Oliver Browne as Karl one of Wright's patients who might have the key to the unfolding mystery and Jannica Olin as Erika the sister of one of  Wright's deceased patients, provide excellent support.

The film is currently crowdfunding one night only screenings via the IndieGoGo crowdfunding platform. More details can be found on the Third Contact visit. Click here to find a showing near you.