What happens when two movie nerds get together at Bristol's leading cultural arts centre, cinema and cafe over coffee and a beer? We talk movies what else and that's what happened when I met up with Timon Singh at the Watershed for a chat. 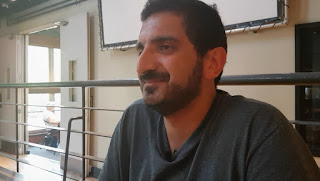 Born and bred in the city of Bristol, Timon is the co-founder of The Bristol Bad Film Club, a monthly screening event featuring some of the most beloved bad films ever to grace the cinema screen. Titles have included, "Plan 9 From Outer Space", "Black Samurai" with "Enter the Dragon" star Jim Kelly and of course Tommy Wiseau's seminal bad film "The Room".The Bristol Bad Film Club has become a hallmark of what is quintessentially Bristol; it has also sparked a movement seeing other bad film screening events happening around the country. This is synonymous with a resurgent interest in bad films sparked by The Asylum's "Sharknado" series and I would guess a surge of nostalgia films such as "Electric Boogalo;The Wild Untold Story of Cannon Films", and more recently Rob Hill's "The Bad Movie Bible."

The other BBFC as it is known certainly keeps Timon busy as each screening sells out very quickly - people are flocking to see classics like "Shark Attack 3: Megaladon" on a big screen. As well as the club, Timon has just written a book "Born to Be Bad; talking to the greatest villains in action cinema", and the line up is impressive. From Ronny Cox ("Robocop" "Total Recall") to Bob Wall (aka O' Hara in "Enter the Dragon") Timon has amassed "a wretched hive of scum and villainy" with all the best bad guys sharing stories of their times playing iconic roles from our youth.
As well as author and Bad Film Host, Timon also took the time to discuss another passion - the documentary "In Search of the Last Action Heroes". After a highly successful crowdfunding campaign, not only will film nerds be able to read about the adventures of our most beloved villains, but can now watch our greatest heroes talk about their days saving the world and getting the girl. 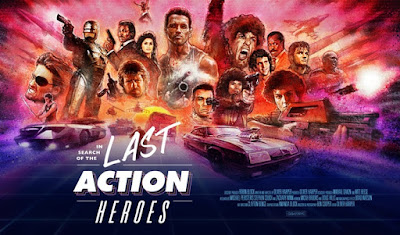 So beer and coffee in hand Timon and I chatted in detail about these great projects of action cinema, his upcoming screening of "Enter the Dragon" commemorating the 45th Anniversary of Bruce Lee's death, as well as bad movies, and some of Hollywood's less than favourable casting choices.

Born to be bad is available now online from BearManor Media and Amazon both in print and for the Kindle..

Email ThisBlogThis!Share to TwitterShare to FacebookShare to Pinterest
Labels: Interviews