Posted by Ramon Youseph at 23:57 No comments:

Interview - In Conversation with Soo Cole

Posted by Ramon Youseph at 23:56 No comments: 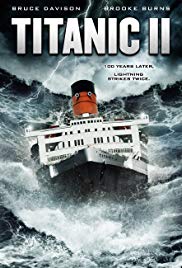 No doubt living rooms the world over echoed with waves of groans and laughter at the news that  'The Asylum' infamous for their low budget, highly creative projects  actually produced 'Titanic II' .The idea of a sequel (although Asylum have not marketed it as such) to James Cameron’s big budget effects-laden story of the ill-fated liner must have seemed like just another one of many fan made trailers purporting a sequel of sorts. However the joke became very real when the Syfy channel announced its television premier in 2010. Let's face it only the inmates at 'The Asylum' would attempt such a feat. So was this modern day reliving of one of history's infamous maritime tragedies a grand voyage or did it sink just like its namesake?
Read more »
Posted by Ramon Youseph at 23:52 No comments:

Posted by Ramon Youseph at 22:13 No comments:

Posted by Ramon Youseph at 22:10 No comments:

Can laughter Trump hate? A troupe of Middle Eastern/American comedians and film makers think it can, and in the battle for America's heart and soul blackened by President Donald Trump's anti-Muslim and anti-immigrant rhetoric, they're willing to give it a go. That is the central premise of film maker Samy Chouia's documentary 'Travel Ban; Make America Laugh Again'. Produced by Kevin Derek ('The Real Miyagi') it follows the journey of Palestinian/American comedian Aron Kader who following Trump's implementation of his "Travel Ban" put together a troupe of American/Middle Eastern comedians for a comedy special to tackle the rising hate against Muslims and immigrants in America.

Read more »
Posted by Ramon Youseph at 21:05 No comments: