Independent cinema is one of the businesses hit hardest by the COVID-19 epidemic. Without patrons walking through the doors it's virtually impossible for these exhibitors to sustain themselves should the lockdown continue. Recognising this very real threat various purveyors of independent films are rallying financial support for the cinemas to stay afloat until they can open their doors safely to the public. The first is a crowdfunding effort by streaming service MUBI looking to raise money for a BFI run support fund, and the second is an initiative by UK film distributor Modern Films. 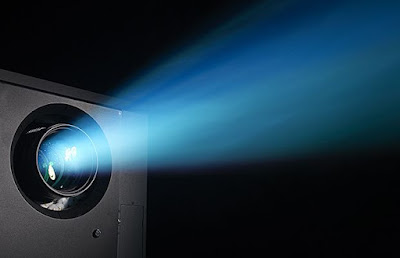 Many businesses have been hit hard following the UK lockdown which was put in force on 23rd March 2020 to curb the increasing threat of the COVID-19 viral pandemic. Many of those deemed non-essential closed their doors and sent staff home, whilst others had to adapt their business model to continue operations on a very limited scale. Cinemas in general, but in particular independent cinemas felt the burning sting of closure afflict their economic health, and now face the prospect of permanent closure. The forced closure of non - essential business gave some hope to small businesses to claim on their insurance but independent cinemas learned to their cost that lifeline had been frayed and cut. UK Independent chain Reel Cinemas recently hit out at their insurers AXA for refusing to pay up to £7 million following the lockdown. It seems AXA are not the only ones holding pack on payments with Hiscox Insurers being threatened with legal action by various small and medium businesses. For independent cinemas it's down to their supporters to step in and help keep their favourite venues alive until such time as normal business resumes.
MUBI UK CINEMA FUND
The streaming service MUBI UK set up a UK Cinema Fund to support independent exhibitors including cinemas and film festivals. A crowdfunding drive was launched to raise £100,000, through gofundme which will be donated to the BFI FAN COVID-19 Resilience Fund. The funds will be released to the registered charity 'The Sheffield Media and Exhibition Centre' - one of the key partners of the BFI Film Audience Network (FAN) -  who will channel the money to those businesses most in need providing critical relief and business continuity. To raise awareness of this plight MUBI are collaborating with various London cinemas hiring their marquees and displays to deliver this poignant message. 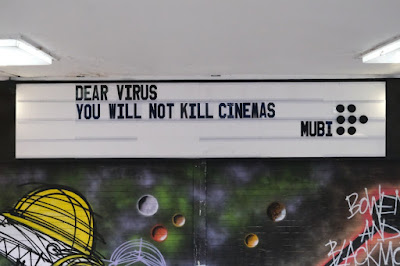 The crowdfunding campaign will run until 25th May. You can learn more and make a pledge by heading over to the UK CINEMA FUND gofundme page
MODERN FILMS PROCEED SHARE
The UK film distributor Modern Films whose library of work includes the documentary 'The Accidental Studio' the story of British film company Handmade Films founded by former 'Beatle' George Harrison, launched a proceed share initiative to help independent cinemas. Audiences who stream films through the company's website can select a cinema venue at the point of purchase. That venue would then be paid a percentage of the sale proceeds. The initiative started with the early digital release of Haifaa Al Monsour's 'The Perfect Candidate' which was due for cinema release on 27th March. Over 22 cinemas signed up to the scheme and the company now offer this option across more of their titles.
At the time of writing this the UK government are proposing a potential five phase easing of the lockdown, to be announced on Sunday 10th May. However any such plan would most likely see cinemas not opening their doors until August possibly September and even then on a limited basis. Who knows what tomorrow brings but in these uncertain times independent film services and distributors are stepping in to ensure a fighting chance for our favourite indie cinemas to survive with the help of its patrons.
at May 08, 2020