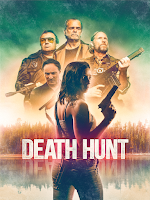 Evolutionary Films, one of the UK's leading film production companies and domestic distributor, announced its latest release, the Canadian survival action thriller 'Death Hunt'. Produced by Rapid City Entertainment, the film stars Marlene Malcolm and Omar Tucci as a couple whose break away turns into a nightmare fight for survival.

Developer Ray Harper (Tucci) and his mistress Brooke Hamilton (Malcolm) decide to retreat to Ray's getaway cottage. The couple are kidnapped by a group of men choose  and taken to a remote island to be hunted.

Like classic films of its ilk such as Ernest Dickerson's 'Surviving The Game', John Woo's 'Hard Target' and more recently 'The Hunt' co-written by 'Lost' creator Damon Lindelof, the hunted soon become the hunters. Ray and Brooke decide the only way to survive is to fight back and play the captors at their own game.

Director and co-writer Neil Mackay is no stranger to stories featuring protagonists on the run, having won an award for his 2018 thriller 'Sixty Minutes to Midnight'. Teaming up with first time write Sean McAulay, Mackay gives his own take on familiar tale of human hunts in desolate terrain. Known for their success in production and distribution of solid action thrillers that include 'Vengeance' and 'I Am Vengeance; Retaliation' and Jesse Johnson's 'The Mercenary, Evolutionary Films continue in that vain with 'Death Hunt'.

"We're very excited to be distributing Death Hunt. I was a big fan of "Sixty Minutes To Midnight", so I'm delighted to be working with Neil Mackay on his next feature. Action movie fans are in for a real treat!" Ross Boyask Creative Director, Evolutionary Films 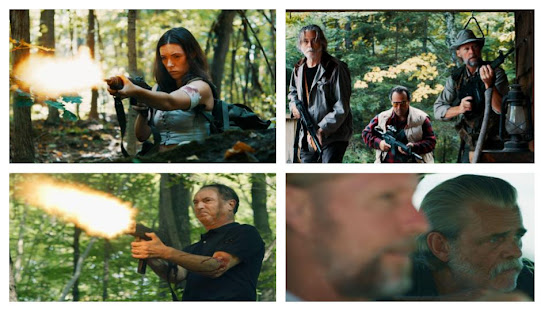